The Trinity Challenge announces its Board of Trustees

London, UK, 19 November 2020: The Trinity Challenge is today announcing its board of trustees, having been recently granted charitable status in its efforts to strengthen global efforts to better identify, prevent and respond to pandemics and endemic diseases.

The Board of Trustees is chaired by the convenor of The Trinity Challenge, Dame Sally Davies and comprises Sally Spensley, Steve Davis and Kate Lampard CBE.

Introducing The Trinity Challenge’s Board of Trustees: 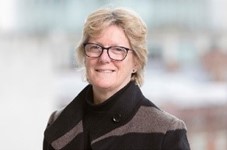 Prior to becoming Master of Trinity College Cambridge, Dame Sally was Chief Medical Officer (CMO) for England and Chief Medical Adviser to the UK government from March 2011 to September 2019, having held the post on an interim basis since June 2010.

Dame Sally was the Co-Convenor of the UN Interagency Coordination Group on Antimicrobial Resistance (AMR). She has spoken on AMR at numerous global events, including the World Health Assembly side events, the 2015 G8 science ministers’ meeting, the 2015 Global Health Security Initiative, and the UN General Assembly (UNGA) side event in 2016.

For three years, she was the Chair of the WHO Strategic and Technical Advisory Group on AMR. Dame Sally was a member of the World Health Organisation (WHO) Executive Board from 2014 to 2016 and has led delegations to a range of WHO summits and forums since 2004.

Steve Davis joins The Trinity Challenge Board of Trustees as a strategic advisor, with a strong background in global public health advisory.

Steve is currently a lecturer at the Stanford Graduate School of Business, and Senior Strategy Advisor and Interim China Country Office Director at the Bill & Melinda Gates Foundation.

Steve also serves as co-chair of the World Health Organization’s Digital Health Technical Advisory Group and advises the WHO Director General Dr Tedros Adhanom Ghebreyesus. He is a Distinguished Fellow with the World Economic Forum and is a member of numerous boards and advisory committees.

With degrees from Princeton University, University of Washington and Columbia Law School, Steve regularly writes and speaks about the intersection of innovation, technology and social impact. He is the author of the forthcoming book Undercurrents: Channeling Outrage to Spark Practical Activism. Steve lives with his family in Seattle, Washington.

Kate Lampard CBE assumes responsibility as a senior advisor to The Trinity Challenge.

Kate currently works as an independent consultant undertaking investigations and advising organisations on management and service effectiveness and development.

Kate led the NHS investigations into Jimmy Savile and produced a report for the Secretary of State for Health setting out the lessons for today’s health service. She was commissioned by the board of Serco Plc to investigate the treatment of residents at Yarl’s Wood Immigration Removal Centre.

Kate is the lead non-executive director on the Department of Health Board as well as being a trustee of the Esmée Fairbairn Foundation and the Royal Horticultural Society. Kate was appointed Commander of the Order of the British Empire (CBE) in the 2015 New Year Honours for services to the National Health Service and to the community in Kent. 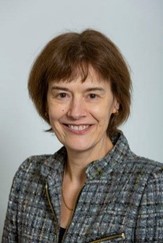 Sally qualified as a chartered accountant and went on to pursue a career as a finance director, primarily in the advertising and marketing services sector.

From 2008 to 2019 Sally was chief financial officer for the EMEA region for J Walter Thompson. In this role she served on several management boards across Europe and led the region’s financial, legal and HR activities.

Sally is a fellow of the Institute of Chartered Accountants and a fellow of the Association of Corporate Treasurers. She is also a trustee of the Royal College of Psychiatrists where she sits on the finance and management committee.

The Trinity Challenge is a registered charity in England and Wales. It sets a series of urgent questions to harness the potential of data and analytics to learn and share lessons from the great innovations made to combat Covid-19 and to build resilience against future health emergencies. £10M of funding is available to Challenge Teams to support and scale their innovations across areas including economics, behavioural sciences, and epidemiology.

Prospective applicants are invited to register their interest and register their applications for collaboration with our Members now. Applicants will have the opportunity to collaborate with members from across business, academia and the social sector.

To find out more about The Trinity Challenge and how to participate visit https://thetrinitychallenge.org.

The Trinity Challenge is a registered charity in England and Wales (1191909).

For more information about The Trinity Challenge or to organise an interview with Dame Sally Davies or any of the Trustees, please e-mail trinitychallenge@brunswickgroup.com or contact Hebe Trotter on +44 7525 897 441.

The Trinity Challenge is a charity registered in England and Wales (1191909).

The Trinity Challenge is now open for final submissions

Help better protect the world from the next pandemic! Become a part of our public Challenge: Submit your solution by April 15 to be considered for awards from a prize fund of up to £10M.

Join us for The Trinity Challenge’s first Town Hall, 24 February

Join us to hear from our panel of world leading experts about why data is the key to identifying, responding to, and recovering from global health emergencies and get your chance to ask them questions.