A coalition of members united by the common aim of better protecting the world against health emergencies, using data-driven research and analytics.

Preparedness for health emergencies requires more than just pharmaceutical interventions. It demands that we better identify, respond to, and recover from outbreaks before they cause great harm. COVID-19 has starkly shown the need for better preparation.

The Trinity Challenge is an initiative led by some of the world’s most prominent organisations from across the private, academic, and social sectors for the purpose of sourcing and scaling solutions that better protect one billion more people from future health emergencies. It is a call to action for the world’s best and brightest minds to contribute ideas and innovations, with £10M in awards for the best Challenge Teams. Questions cover economics, behavioural sciences, epidemiology, and many other disciplines. Founding Members and Members will contribute their data, resources, and time to catalyse and support the work of Challenge Teams.

The Trinity Challenge is premised on three foundational principles:

Our shared vulnerability to health emergencies means resilience is a global necessity – and our solutions need to be global too.

No solo action is likely to provide the answers we need. The Trinity Challenge will foster new collaborations across the globe by catalysing the collision between public health and data science, enabling Challenge Teams to connect and contribute insights as global public goods.

Data can unlock breakthrough discoveries to inform how we should act to improve outcomes – with the right analytical minds and data sources, we can and must develop new ways of protecting ourselves against health emergencies.

Applications for the inaugural round opened in October 2020 and final submissions are due in April 2021.

How it will work

The Trinity Challenge is set across three areas designed to reflect the most pressing needs for building preparedness for resilience in health emergencies. People from across the world are encouraged to form Challenge Teams and submit applications that respond to these questions with their ideas and innovations. Successful applications will receive support from Members to develop their solutions. Applicants will benefit from the data, resources and support of The Trinity Challenge’s global coalition. 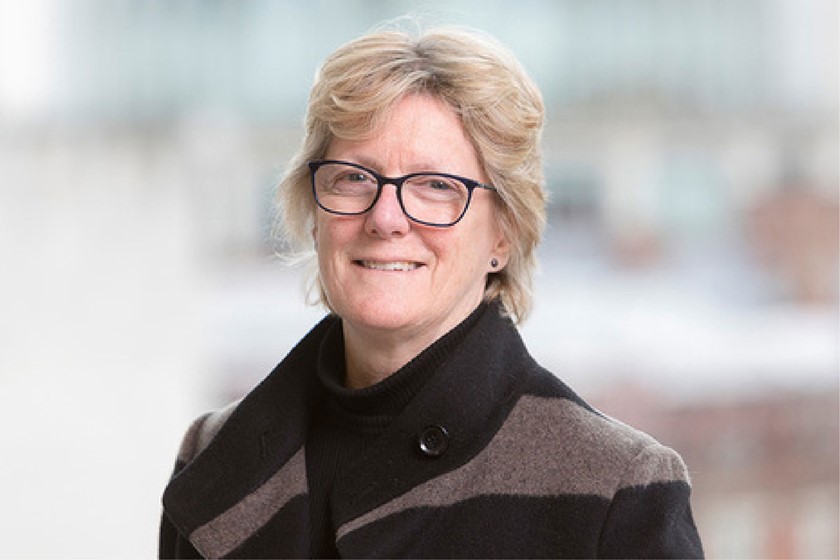 Dame Sally Davies is the Master of Trinity College, Cambridge. Before this, she was Chief Medical Officer (CMO) for England and Chief Medical Adviser to the UK government from March 2011 to September 2019, having held the post on an interim basis since June 2010.

Dame Sally was the Co-Convenor of the UN Interagency Coordination Group on Antimicrobial Resistance (AMR). She has spoken on AMR at numerous global events, including the World Health Assembly side events, the G8 science ministers’ meeting (2015), the Global Health Security Initiative (2015), and the UN General Assembly (UNGA) side event (2016). For three years, she was the Chair of the WHO Strategic and Technical Advisory Group on AMR. Dame Sally was a member of the World Health Organisation (WHO) Executive Board 2014 to 2016 and has led delegations to a range of WHO summits and forums since 2004.

The expertise and breadth of organisations contributing to The Trinity Challenge represents a diverse coalition of world-leading organisations across the private, academic, and social sectors.

Challenge categories have been set by Founding Members through a rigorous and considered process to identify areas of highest need. They reflect the multidisciplinary and diverse thinking required to better protect the world from future health emergencies.